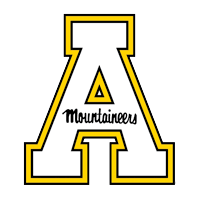 The Faculty Senate shall consist of one member from each academic department, school, the library, and five at-large representatives. Any unit may choose not to fill its senate seat, in which case the seat will remain empty for that academic year. No Senator may serve more than two full terms consecutively. The normally designated term of office for Faculty Senate members is three years. Terms of members will be staggered so that one-third of the Senate are elected each year.

All Senators elected in a given year shall take office at the special meeting of the Senate in April called at the adjournment of the regular April meeting of the Senate. The Chair of the Faculty Senate shall nominate persons to fill vacancies created by unexpired terms. The Senate shall either elect or reject nominations made by the Chair. Persons so elected shall serve until the next regular election, at which time the faculty will elect a person to complete the unexpired term.

The officers of the Faculty Senate shall consist of a chair, a vice-chair, a secretary, and a parliamentarian. These officers, with the exception of the parliamentarian, shall be elected from the total membership of the Senate chosen from a minimum of two names for each position nominated from the floor at the special Senate meeting in April called at the adjournment of the regular April meeting of the Senate. Candidates must give permission before their names are placed in nomination. Officers may be reelected each year for the duration of their tenure on the Senate.

The Faculty Senate shall meet as follows: